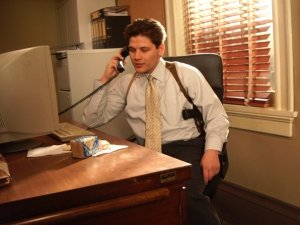 Most questions I receive about SharePoint surveys are permission issues (it is not extremely intuitive that you need to give all your audience Contribute permissions) and the error message that tells people you can not enter this survey twice.
But this time the issue was different.

The site owner had created a survey in which each item had to be completed by two people. When the first person had entered their part, they would send the link to their entry to the second person, who was supposed to enter the rest.
However, the second person could not open the link and got an error message.
“Sorry, something went wrong. No item exists at [location]. It may have been deleted or renamed by another user”.
When that second person went to the site and opened the survey, they could see that an item had been entered but when they clicked “Show all responses” they received a message that there were no responses.
Confusion all around!

As it turns out,

I discussed my findings with the site owner and suggested to make the answers in the second part of the survey no longer mandatory. I showed him how to create views in a survey to help getting the second part completed.

That worked for him. Case closed!

I also saw the Survey in Modern SharePoint. I appreciate the new consistency with other lists, but I can imagine that people will be lost without that well-known look-and-feel. But then, I expect that Forms will make the Survey obsolete soon, anyway.
I wanted to share a screenshot, but things are not very stable yet and I kept getting errors and the Classic experience. As soon as I have captured it, I will share!

About SharePoint Holmes:
Part of my role is solving user issues. Sometimes they are so common that I have a standard response, but sometimes I need to do some sleuthing to understand and solve it.
As many of my readers are in a similar position, I thought I’d introduce SharePoint Holmes, SharePoint investigator, who will go through a few cases while working out loud.

Image courtesy of ZaL141TeLq on Wikimedia.